Welcome to the historic Wildey Theatre. Opened in 1909 as an opera house and a third floor meeting hall for the Independent Order of Oddfellows, the Wildey has undergone many transformations throughout the years.

Located in Downtown Edwardsville at 252 North Main Street, the Wildey closed as a full-time movie theatre on March 8, 1984 after more than 400 people attended the movie “The Big Chill.” The Edwardsville Historic Preservation Commission later designated the Wildey Theatre as a “Local Landmark” in 1986.

Recognizing the importance of the Wildey Theatre to the overall downtown development efforts, the City acquired the property (or theatre) in 1999 with a state grant.  The City has now finished the renovation and the building has been restored to its 1930’s art deco look.  The theater now serves, once again, as a venue for live performances and classic films. 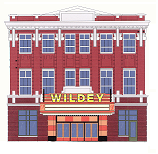 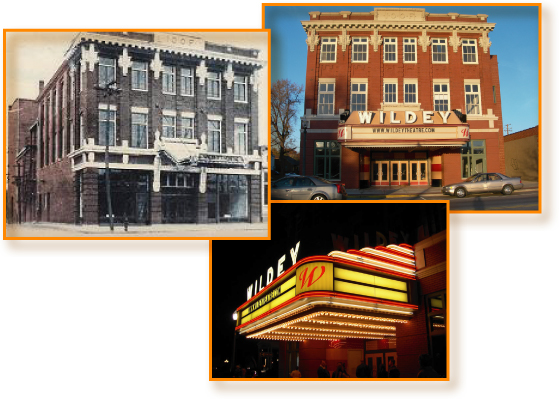