The Wildey Theatre, a community landmark, opened on April 12, 1909. The auditorium was lavishly decorated in the Victorian style with a 1,150 seat theatre with balconies, boxes and a stage area equipped for major productions. 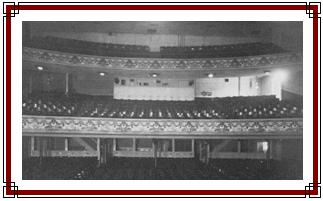 View of the auditorium balconies from the stage of the Wildey Theatre. Note the architectural detailing and plaster ornamentation.

View of the stage with boxes on each side. 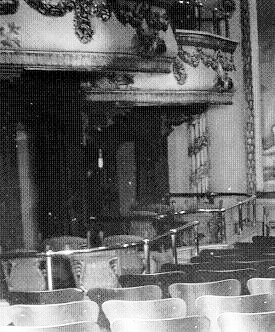 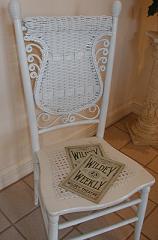 Wicker chairs were used in the boxes at the Wildey. The chair above is original to the Wildey and is in the collection of Joan Evers.

Plaster urns decorated the sides of the boxes on each side of the stage. The urn on the right has been restored to original colors by the Art and Design Department at Southern Illinois University Edwardsville.

(From the Joan Evers’ collection.)

The Wildey Theatre had an orchestra pit complete with a Gratian organ to accompany the films.  The layout of the three-story full masonry building also included a small theatre on the second floor and a formal meeting room on the third floor.  The front of the theatre was decorated with an iron canopy. 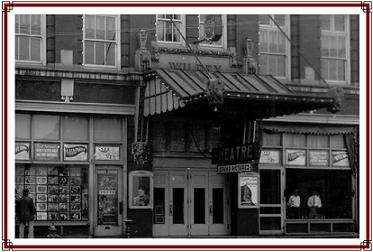 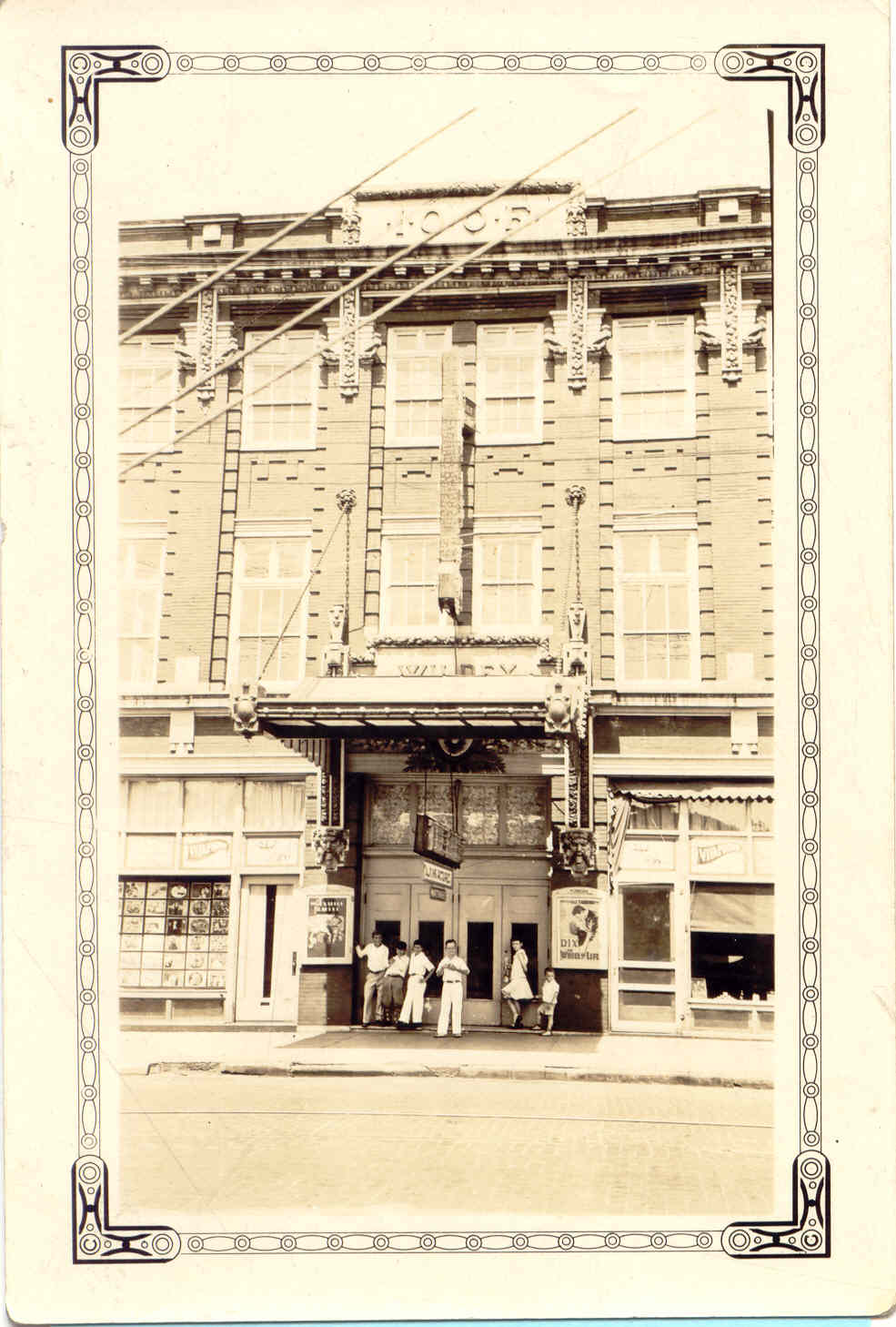 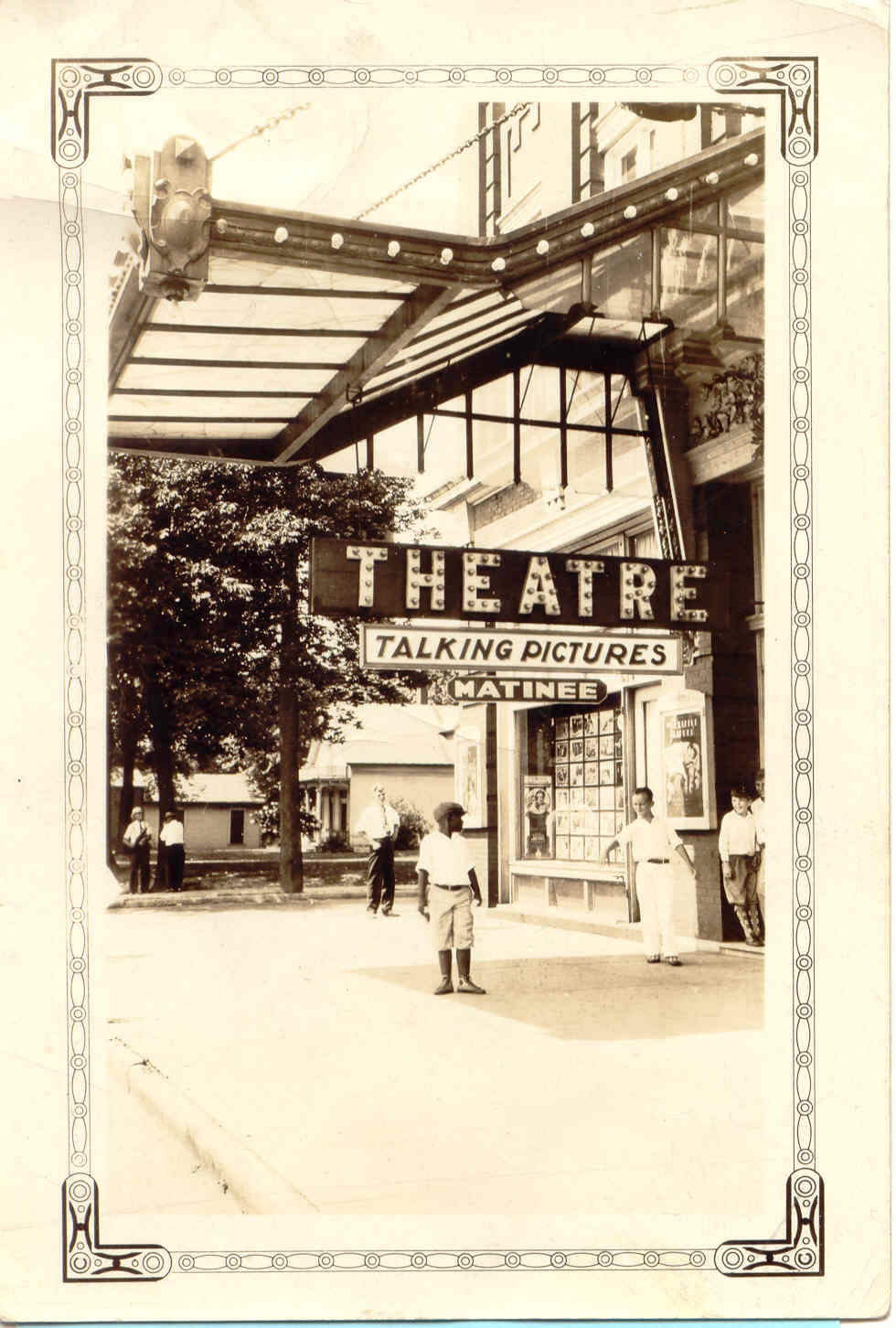 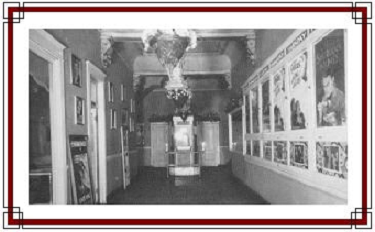 View of the front lobby of the Wildey Theatre before being drastically altered.

Major renovations were performed on the Wildey and the theatre reopened in a new art deco style on January 17, 1937. The opera boxes and a second balcony had been removed and a new sound and projection system had been installed. 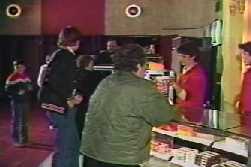 The old marquee was replaced with a lighted marquee with yellow, orange and red stripes and new chairs and air conditioning were installed. The interior was decorated in an art-deco style with neon lighting. 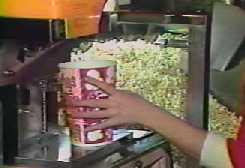